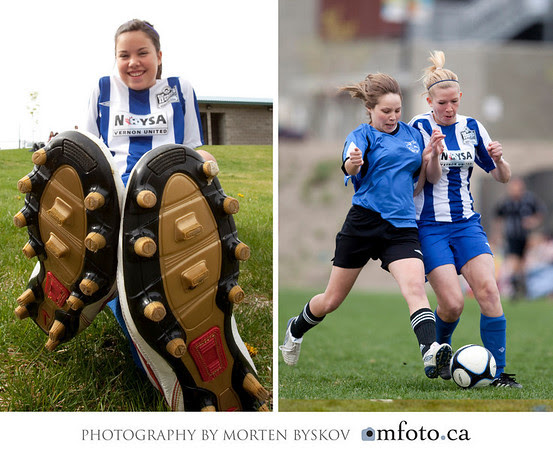 Our Vernon United U-14 girls played themselves into the finals at the KYSA Cup in Kamloops over the long weekend. This was an excellent result after a 0-0 game vs. Nelson, winning games vs. Williams Lake and Abbotsford and a loss to Kelowna in group play. Kelowna was the tough opponent in this group and we met them again in the final on Monday. After a game which ended 0-0 after overtime we went to penalties. Perhaps a bit biased I thought Vernon had the best play in the actual game but the penalties went in Kelowna's favour. The girls can be proud of a well played tournament. 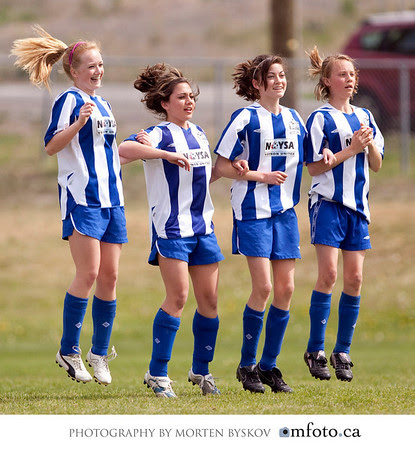 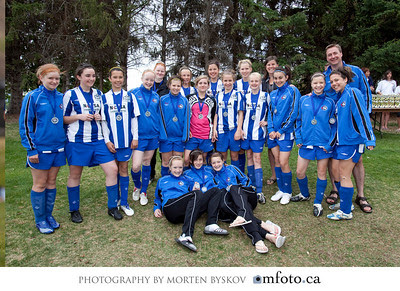 Check out more photos and a video via this link.
Posted by Morten Byskov mfoto.ca at 9:57 AM