There was excitement in the air at the hockey rink last night as I came out to photograph the Lumby Stars. The team has qualified for the Provincials for the second year in a row and I was invited out to team photos and individual portraits of the players. Having watched a bunch of olympics in the last couple of weeks I felt like a curler as I was sliding my strobes around the ice and moving back an forth for the different poses. All in all a fun shoot where the boys were super easy to work with. Thanks to Mary and coaches for having me back. 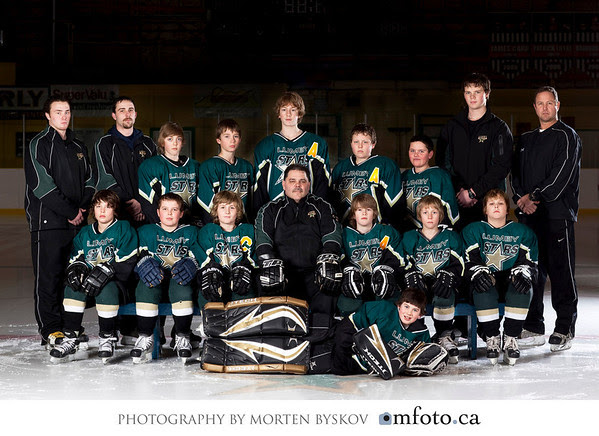 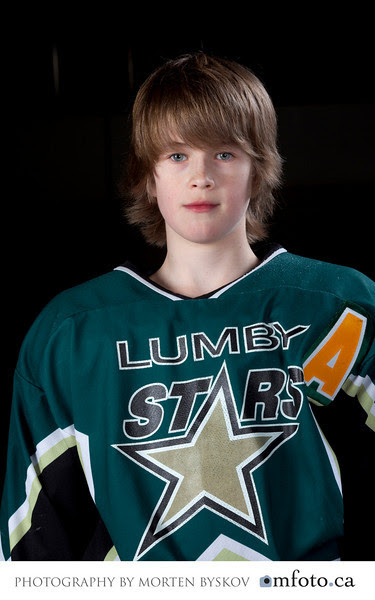 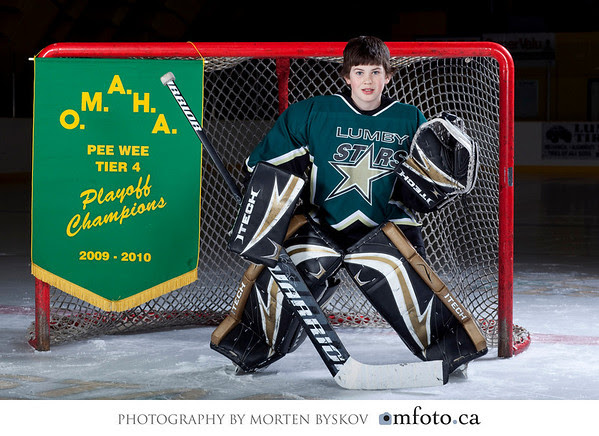 See all the Lumby Stars Photos via the link.
(Tech Talk)
The Lumby Star were lit by two Elinchrom BXRi 500 strobes each with a 66 cm softbox. For rim light I used an Elinchrom Quadra Ranger bounced into a small reflective umbrella. Camera was the Canon 5D II using primarily the 85L but also a 50mm for group shots and 135L for the head and shoulder portraits.
|Share
Posted by Morten Byskov mfoto.ca at 8:58 AM