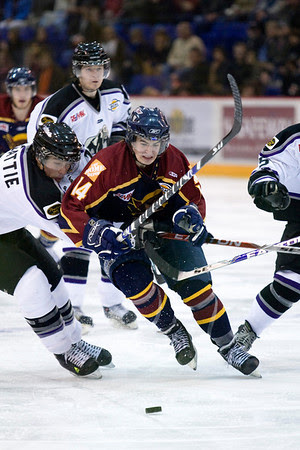 Just two goals but non the less an exciting game. Both goals were in favor of the home team and The Vernon Vipers hereby take the top spot in the BCHL Interior Division. What seemed to me a near sold out crowd showed up for the game on Saturday night at the Wesbild Centre in Vernon.

Tech talk warning!
I was out again with fellow shooter, Carl Dubeau. Carl must be determined to get me in debt as he let me shoot the majority of the game with his Canon 1D Mark III. The 1D series is for the serious sport shooter and features great autofocus along with the ability to rapidly fire 10 frames per second. After shooting with this camera for a couple of days I may go though some withdraw symptoms come Monday. 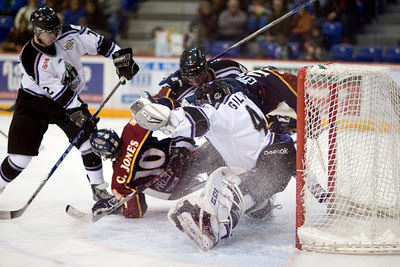